Muslim World Music Day is an online effort to identify and catalog all the recordings of Muslim music in the world. It will remain active as an online resource to make this culturally significant body of work readily available to people around the globe for study and enjoyment.

The ARChive presents:
a free, permanently available, online database of recordings and their locations around the world. 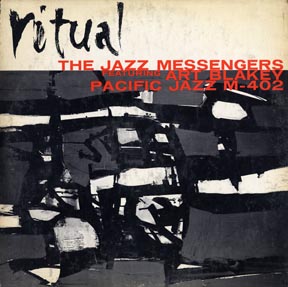 Salford University A full day of lectures, concerts and events

See all they are doing 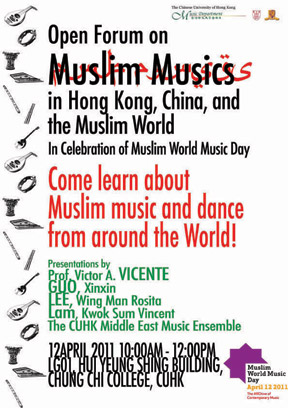 Chinese University of Hong KongFull morning of lectures and music

Photo 'Electric Dervish" donated by Robert Reeder. You can contribute recordings, data, URLs, info and make a contribution to keep this site up and running.

Noon - Tuesday April 12, at Moorpark College, Moorpark, CA. Scott Marcus and The University of California at Santa Barbara MEE will perform music and dance from different regions the Middle East.

Tuesday Night, April 12, 6 - 8 PM KXUA 88.3 FM. Out of Arkansas, hosted by Dr. Ted Swedenburg, featuring favorites from the wide-world of Islamic Music. They're an hour ahead of NY and you can listen online.

Tuesday April 12, around 11am, WNYC - 93.9 FM, NYC. John Schaefer plays an hour of live music from his archive for Muslim World Music Day. Last Friday we did a show with John and nay virtuoso Bassam Saba.

The ARChive, GSAPP│Studio-X and Columbia Global Centers: Middle East played a game of musical telephone on April 12, 2011 through the Global Meme, a Muslim World Music Day collaborative project involving musicians in Amman, Mumbai and New York. Listen to the original song and Studio-X Mumbai interpretation via highlights to the left. The Studio-X New York interpretation and more details to come.

April 30 - May 31. An important upcoming New York City event focusing on the music, culture and arts of Morocco, organized by the French Institute Alliance Francaise (FIAF) 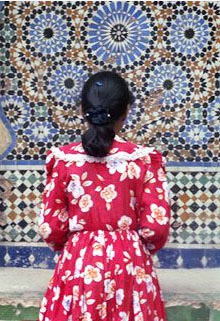 has put together a special focused selection of their relevant releases just for us and for you.

is an essay on the broadcasting of traditional Libyan music in the 1930s by invaluable ARC volunteer and musicologist, Dr. Isabella Abbonizio.

Pure country from one of our favorite new artists. We've loaded his videos on our youtube site, and A Land Called Paradise is a must see.

is a new blog by Dr. Ilaria Sartori, inspired by Muslim World Music Day, to explore all aspects of the music and culture.

flatinternational is an elegant and scholarly site preserving audio graphic arts of South Africa. For MWMD they created an Abdullah Ibrahim archive, where you can view an amazing collection of record covers. And the discographies are among the best. Thanks to Siemon Allen. 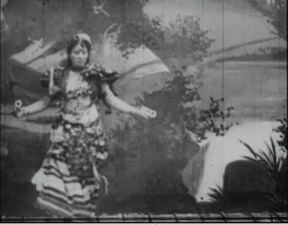 Musical archeologist Karl Gert zur Heide offers The Orientalization of American Show Business - A Selective Timeline, a chronology exploring the impact of cultural traits from the orient on North American entertainment from the mid-19th century until the Great War. Published here for the first time. Illustration: Dancing to the sounds of her finger cymbals and gold-coins: Fatima as filmed by Edison in 1896.

The above is Dr. Alan Godhas's resource page on Sufism and Sufi orders. More at Sufi.com

Taqasim – The Arab Contribution to Music of the Western World

The Library of Congress has directed us to a collection of relevant audio tapes in Arabic, collected by the Voice of America service. Go to to the Library's site - select Library Catalogs at the top, then search - VOA Arabic Music Tape - in Title. You will get 1244 hits/recordings. Diacritical marks and a million other quirks prevent us from entering this info into the database, or making it easier!

Site to help you sing along, understand and research lyric content