Initial funding for Muslim World Music Day was generously donated by Gracenote, the company that provides metadata on sound recordings for various music vendors, including i-tunes. Thanks to all the good people there and President Craig Palmer, who immediately 'got it'.

Columbia University Libraries provided encouragement, funding, and organized our trip to Jordan. Thanks to Head of Libraries James Neal and Greg Mosher at the Arts Initiative.

Open is design for people. They're an independent design studio that creates rewarding experiences for people who look, read, and think. ARC wants to thank the inspired folks at Open who made this site; Scott Stowell, Amit Werber and Rich Watts. 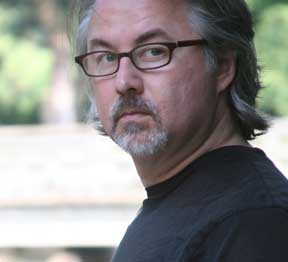 The Internet Archive preserves the Internet. They scan millions of books and save billions of sites, and they are very nice to ARC. They will be preserving all the versions of Muslim World Music Day in a dedicated space and all the URLs that passed through this project. If you loose them, you can get them back. Thanks to Brewster Kahle and June Goldsmith.

Kareem Talhouni was our point man in Amman Jordan, who really got the ball rolling on this project and was invaluable. Scouring the Internet and working on the links were actual librarians Ken Petricig and Will Susich. An actual old friend, Pam Meyer, helped them out. Nicola Derse, and the man who single handedly harvested over 2000 videos for our youtube channel, Ben Howe. were the Bennington College student Field Work team. Out of the blue came volunteer Dr. Isabella Abbonizio who put together the instrument database. Interns sponsored by Columbia University and the Arts Initiative included Elizabeth Angell (who also added greatly to building the blog), Amar Teredesai and repeat helper, Annie Minoff. And here's to the innocents we told that cataloging Arabic cassettes would be easy, Hillary Repko. Jonah Flateman and John Coakley. Thanks to all. They made Muslim World Music Day possible.

Plus hundreds of others who donated recordings, tips, metadata and advice!